It’s been more than a month since I came to Beijing, China. It is my second time to be here, but not as a tourist anymore. I am doing my internship program in one of the companies that Centennial College is working with – China Forestry Holdings (you can check more about them on their website – http://www.chinaforestryholdings.com). I am exciting to be here and work with them; everyone is so friendly and nice. My workplace is located in the financial part of Beijing, where you can meet a lot of foreigners and see extremely high buildings.

I will tell you more about my free time. I was extremely lucky; I was on the vacation for 12 days, because of Chinese New Year, so I had time to explore Beijing a bit more.

The first place that I’ve visited is the Temple of Heaven. It really looks like a heaven, breathtaking view from the high point of the temple. The Temple of Heaven was inscribed as a UNESCO World Heritage Site in 1998 and was described as «a masterpiece of architecture and landscape design which simply and graphically illustrates a cosmogony of great importance for the evolution of one of the world’s great civilizations».

(At that day it was extremely crowded (I guess is always crowded), as you can see it on the picture) 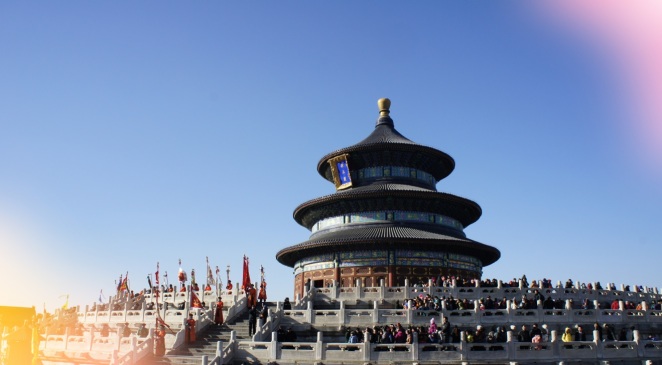 (With one of my colleagues – Caitlin) 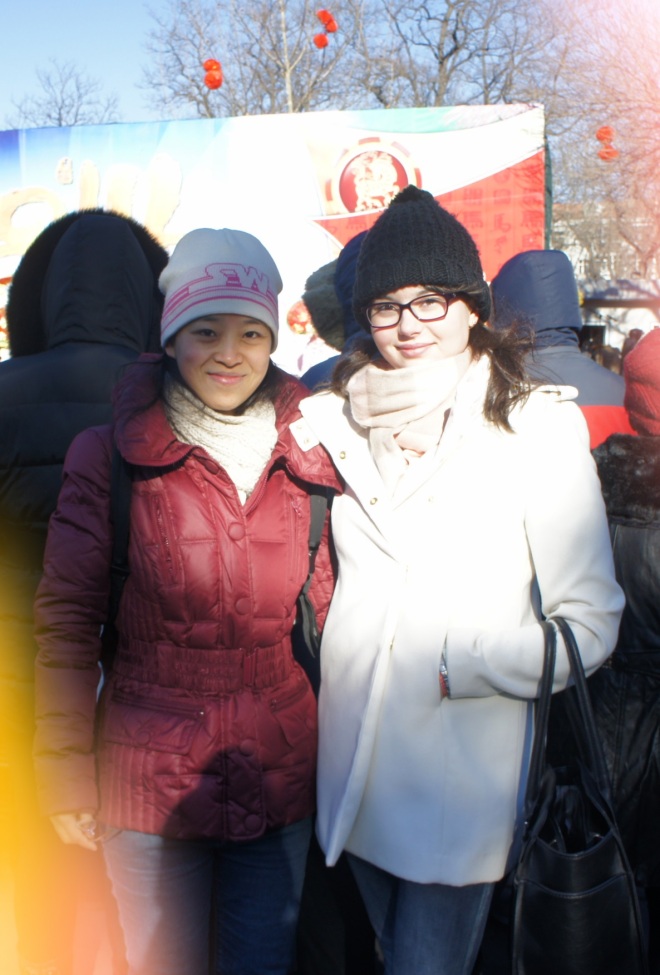 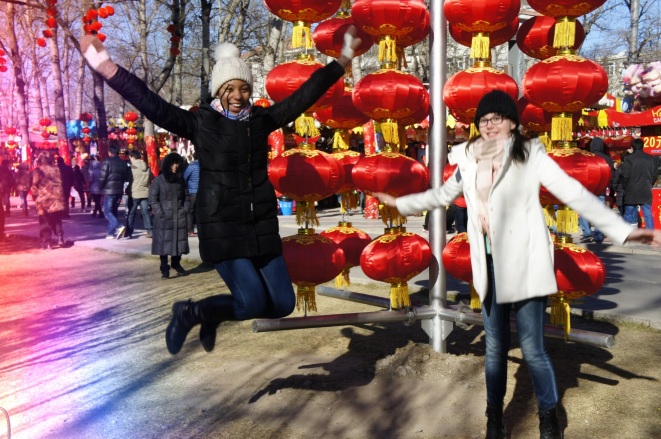 The second place that I’ve visited is Tiananmen Square. This place is more popular, than Temple of Heaven. Used as a massive meeting place since its creation, its flatness is contrasted by the 38-meter high Monument to the People’s Heroes, and the Mausoleum of Mao Zedong. 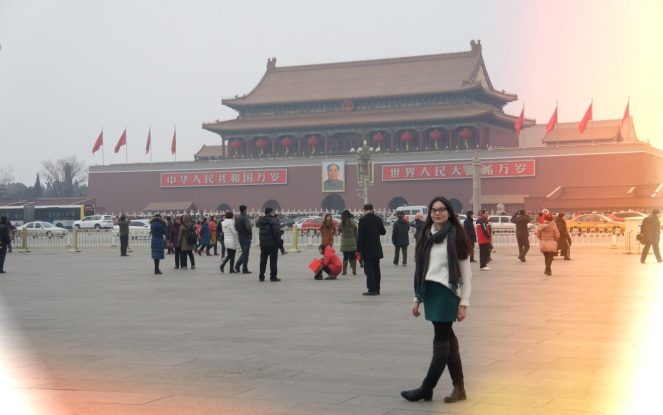 That’s it for now, but still more to come! Once again thank you, Centennial College for giving me this opportunity!

If you have any questions, do not hesitate to contact me: kvaseva@hotmail.com.

I work at China Forestry Holdings (CHF).  Check them out at http://www.chinaforestryholding.com/en/

Everyone is sooooooo nice and welcoming and they are definitely keeping me busy with lots of research and PPT presentations.  CHF is located in the World Financial Center of what they call the Central Business District (CBD) which is in the Chaoyang District.  It’s a really nice building with a Starbucks where I’ve spent A LOT of $$$…ugh…and a food court with lots and lots of food to choose from.  Food prices are very reasonable and pretty large portions…for me at least.  You can get a meal anywhere from 10-30+RMB which is approximately $1.70-5.10+CAD (depending on your appetite).

Beijing has 16 districts for a total population of approximately 21,229, 000.  The population of the Chaoyang District is approximately 3,545, 000 with a density per sq/km of 7,530.  So that means A LOT of people!  To find out more about Beijing’s districts and their population, follow this link:  http://worldpopulationreview.com/beijing-population-2013/ 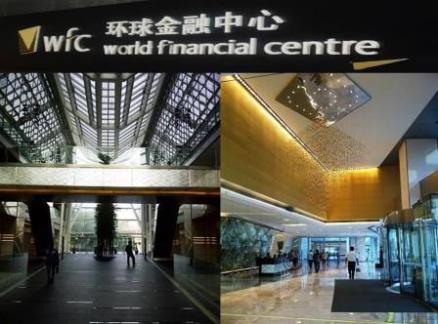 I live in an Apartment/Hotel complex called Freetown Center in the Jinsong Residential District, which is in the Chaoyang District.  There are four different buildings with a little courtyard in the middle, three gated entrances that are never locked with patrolled security.  There are several restaurants in the complex and the mini plaza/mall including a supermarket, Jingkelong and a 24 hour convenience store that we are all familiar with, 711.  How convenient!

The neighborhood is bustling with people day-in and day-out.  In the parking lot there is a man that practices with his whips, yes I said whips…plural, every night without fail and the echoes rip through the air loud and fierce like fire crackers.  That is what I thought I was hearing every night outside my apartment window…on the 25th floor…with the window closed.  Also, there is a group of elders that practice some dancing with fans shimmying and shuffling in unison accompanied by people playing a rhythmic tune with  traditional drums and symbols.  I can also hear this from my apartment as well…almost every night.  I thought there was some sort of celebration but as they continued after Golden Week (7 day holiday…lucky me!) in the beginning of October, China’s National Day celebration, I realized it was an ongoing session…even in the cold.  I forgot to mention, these activities happen at the same time… 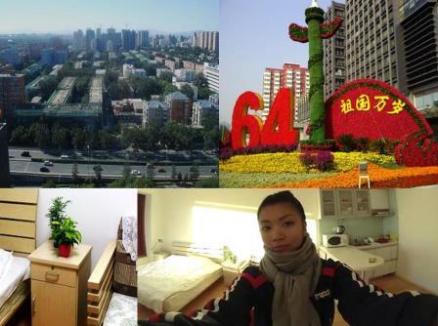 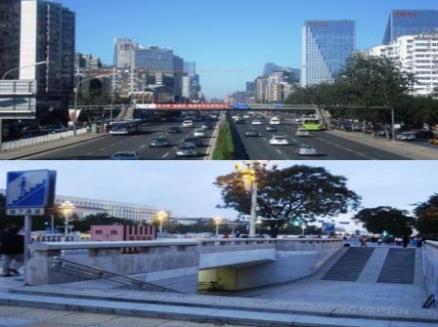 The main streets are huge plus bike lanes.  Sometimes there are over passages and under passages to cross the street. 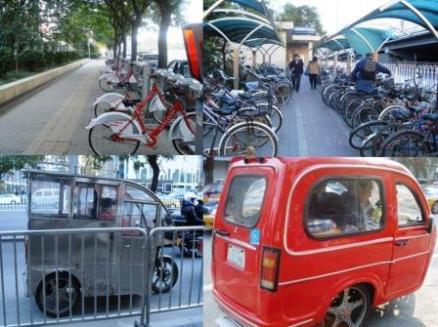 You could rent a bite, park your bike or make use of what I call the “mini-mini”.  These are used as an alternative to taxis and can fit one person comfortably in the back, sometimes two if you’re small but I’m not sure how much it costs.  A regular taxi from the airport to the downtown area (in traffic) is about 100¥, approx. $17CAD (which is about a 30 min drive in good traffic) and the toll starts at 13¥, approx. $2CAD. 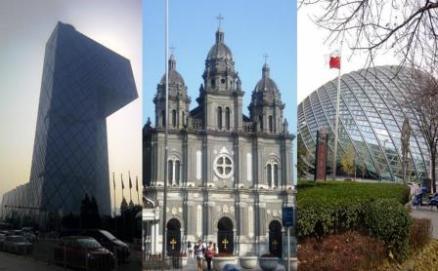 Sorry not much info on these buildings except that they’re look very cool.  I plan to visit the Olympic sites and will add those photos to my cool buildings collection!  Look out for the ‘Water Cube’ and the ‘Bird’s Nest’! 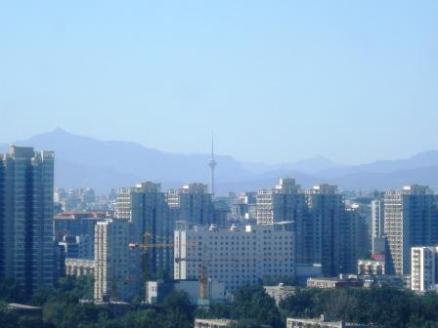 Wait a minute is that Toronto’s CN Tower?!

(A zoomed-in view from my apt on the 25th floor) 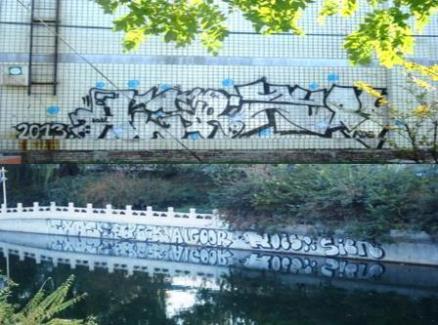 Vandalism or Art?!  You be the judge.  Hip hop is everywhere… 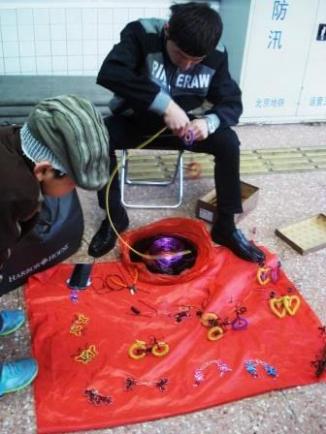 Ok now this is art.  This crafty fellow is making items out of coloured wire.

Beijing is filled with so much to do and so much to explore.  I’ve been here two months now and haven’t even scratched the surface.  Also, being in a city/country that has so much history is just incredible.  More pics and experiences to come!

There was an error retrieving images from Instagram. An attempt will be remade in a few minutes.