The visit to Peru ( Illimo, Chiclayo) was much more than work and cultural experience. This was planned during the reading of the semester, I personally felt it was one of the useful ways to spend the week. Before the trip even started, we had to do a lot of per – work so that we had an idea of what to expect when we visit the institute. The institute where we worked is called Instituto de Educaciόn Superior Technolόgico Publico (IESTP) and this is located in Illimo which is an hour distance from Chiclayo.

At first, we made a quick one day stop at the capital – Lima to do some little sightseeing and have some cultural experience. We walked down the streets and saw the beautiful south Pacific ocean, spend some time there and then we commute back to the hotel and to the airport for our next flight to Chiclayo.

Unlike Lima, Chiclayo had a completely different setup. The “City of Friendship” as the locals lovingly call Chiclayo was more on the rural side with narrow and busy streets. We were amused to see the city being lively even in the late hours. Our work in Illimo, Chiclayo was scheduled in such a way that we had industrial and field visits in the morning and the work-related to the institute was in the afternoon. After our first field visit to the Guinea pig facility, we were actually excited to see the institute as we were informed that the person who developed this institute put their heart and soul to this project. We were amused by the work they have done to this institute. We started off the work by auditing the premises which were our initial task. I initially thought the work which was assigned to us was to apply the knowledge which we gained in the lecture, but that perspective entirely changed when the partners started to value our opinions. This motivated us to further work hard and give them the most of the information we could give in a short period. The people there are really ambitious are using every single opportunity to obtain even the tiniest bit of information that they receive and this gave us furthermore enthusiasm to work even though the hot sun drained most of our energy down.  The Peruvian partners were such lovely people even though the language was a huge barrier they took every single chance to in tract with us and made us feel that we were one among them.

The industries which we visited was quite unique. We had an opportunity to visit a guinea pig facility, bee apiary, a small goat facility, INIA – Instituto Nacional de Innovacion Agraria, Grandules international and one of their fields where they cultivate peppers. Each facility had its own significance. From the Guinea pig facility, we learned about the breeding conditions and types of the breed that are in the facility. In the Bee Apiary, we got to know about the importance of the Queen bee and its cultivation. In INIA we saw how the biopesticides were developed and its usefulness in the society. We also learned about the soil in that area and its apt condition for cultivation. Grandules is an international company that exports peppers, sweet peppers, and mangoes to various parts of the world including Canada. Following this visit, we had a chance to visit one of their pepper cultivation fields and we got to know about the parameters and the methods that they practice to obtain maximum production of the produce. 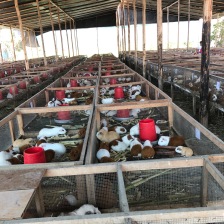 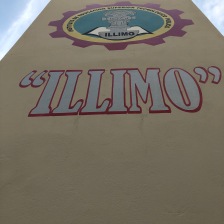 We ended the trip with cultural activity and sightseeing. The activity started with a wonderful Peruvian home-style dinner and the following day we had an opportunity to see a few museums like Museo de Sitio Huaca Rajada – Sipan and Royal Tombs of Sipan Museum. The guide who came with us gave us a detailed input of the civilization present in that region and made us understand the importance of the culture. Finally, we ended this trip with the visit to the beach and we headed back to the airport for our way back to Toronto.

As a whole, this experience made me realize the importance of knowledge and technology. The trips had it’s up and down and we weren’t able to quickly adapt to the change in the climate and food in a few of the places were excellent and few places did not serve the best. Apart from the cons, this was a very good learning experience. I thank my professor and the college for giving me this amazing opportunity.