Hi, my name is Jason Bridgemohan and I am doing an international internship in Costa Rica. I have been here for 2 months so far (as you can probably tell from the title lol). This is my first ever blog so be warned, I’m nooby at this.

Costa Rica, what can I say about Costa Rica…other than ITS THE MOST INCREDIBLE PLACE I’VE EVER BEEN !! The people are super friendly and great, the food is fantastic, and it is the most stress-free place I’ve ever been to (seriously, I think it’s impossible to be stressed when you’re here). “What have you been doing in Costa Rica?” you might be asking, well the answer to that would be way too long to type out, so instead I’ll show you with some pictures. 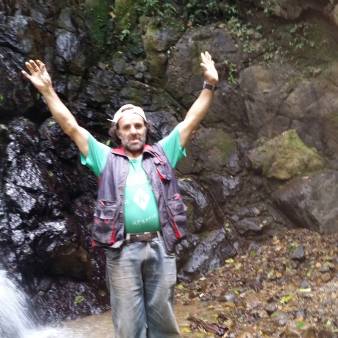 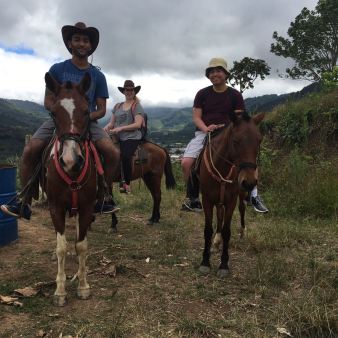 Horse backing in the mountians

As anyone would do when they go to a new place, we first looked for some fun tourist things to do. So the first week was spent doing tourist stuff, The main highlight was going on a mountain hike to meet Nano, or as he is more locally known as “the Mountain man”. This man is a character like I have never met before. He lives in Orosi, high in the mountains, just off the local hiking trail and he loves to meet new people. Every person who hikes on the trial he invites to his house for food and refreshments and to show off that Costa Rican hospitality. He has been living in the mountains for over 20 years so as you can imagine, he has met A LOT of people. He keeps a record of everyone he’s met and he has met people from all over the world. He really loves and takes joy in meeting new people and showing kindness to others, and was even listed in a magazine as someone you must meet if you are in Orosi. Another highlight as you can tell from the picture was horse backing in the mountains. We got to see some amazing views and experience some more amazing Costa Rican hospitality. I could go on and on but I think those pictures speak for themselves.

Me and my indigenous friend Danny, at his fathers house in Quitirrisi 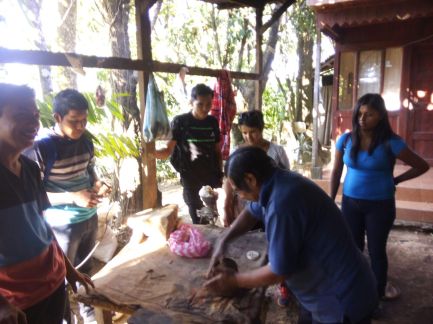 Dannys’ Uncle teaching us how to do pottery

Unfortunately, it was not all fun and games and eventually, we had to get to work, working with the indigenous communities to help remove the barriers stopping them from completing post-secondary education. Some very interesting stuff. The photo on the left is of me and my indigenous friend named Danny in his community in Quitirrisi, where he took us to visit his community and to meet and learn more about his family. The object on my head is a headdress woven out of bamboo and feathers. It is an example of the crafts his father makes out of wood and bamboo to sell to make a living for himself in the community. The photo on the right is that of his Uncle teaching us how to make pottery. He is a skilled clay worker that uses pottery to make statues and jewelry which he sells to make an income. Both of these jobs that his father and uncle do to support themselves are examples of the type of informal work that many people, especially indigenous populations have to do to support themselves and make a living.

This is Chef Wan. We had the pleasure of meeting him on our visit to the indigenous community of Quitirrisi. He is the cultural/spiritual leader and historian of the village. From him, we learnt the history of his people and about the colonization of Costa Rica by the Spanish but from an indigenous person’s point of view. It was a very interesting topic to learn about and I found it a very rare and cool opportunity to hear about it from another point of view which was very different from the history books POV.

My first two months in this beautiful country have been amazing and I hope the last one is just as incredible. We have a lot of things planned for the next month so I will be sure to keep you guys updated on the cool stuff we will be doing. This is it for my first blog, please let me know if you have any pointers for the next one (I’m always open to feedback) and so until next time. Pura Vida & Keep Smiling.