I initially wanted to join the France trip to LaRochelle for two reasons, to visit France again and to improve my French. I have been to France before when I was sixteen; however, I was only in France for four days in Paris. Also too, I used to be able to speak fluent French but when my parents pulled me out of French-immersion school I lost my ability to speak it fluently. After I visited France the first time I felt this restless need to learn the language again. Another thing that interested me about this trip is that I will get the opportunity to see a different side of France and not only just Paris (which by the way truly is the most magical and beautiful city I have ever seen).

I was really nervous to meet my new host family for the trip but when I met her at the train station, she was very warm, friendly and above all sincere. I truly adore her and whoever said French people are rude is a liar!

At the moment France is on strike so it’s difficult to get around by train (so travelling far right now is not an option for must of the LaRochelle group). The other day actually my friend and I walked past a rally and although it was loud, it was not at all violent or hectic.

Many people on the trip have complained about the food here but I personally love the simplicity yet richness of French cuisine. In France their portions are much smaller compared to Canada; so for example, a large-sized coffee here would be the size of a medium cup of coffee at Timmy’s.

At the University LaRochelle (called Sup de Co) our teacher is helping us out with translations, how to pronounce correctly and some French phrases. Today we even learned about the history of France. I really enjoy our classes and I’ve been having a lot of fun with them.

I have been loving this trip so far and my friend has been telling me that my French-speaking skills have been improving. Yesterday I was watching the FIFA game in French and I was even able to understand a bit of what the commentator was saying. 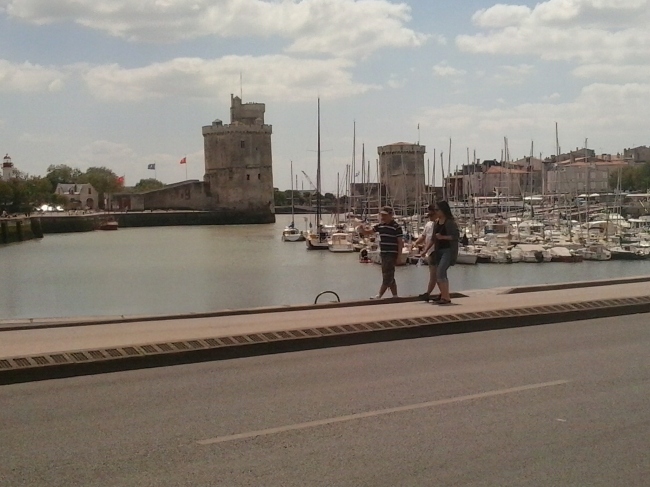