It has been amazing here in Germany so far with all the travelling and parties.  I can’t believe Christmas is almost here, where has the time gone to. This is the last week for a lot of my friend because they are either headed back to their home countries to spend the holidays with their friends and family or because their study abroad semester is over (we had a choice to either finish our studies before the break or stay the full semester till end of January), and of course I decided to stay and travel a little more.  My most recent trip was to the capital of Germany, Berlin with ten other friends for 3 nights.

The wall is divided into “East” side and “West” side, the majority of the artwork is on the east side. 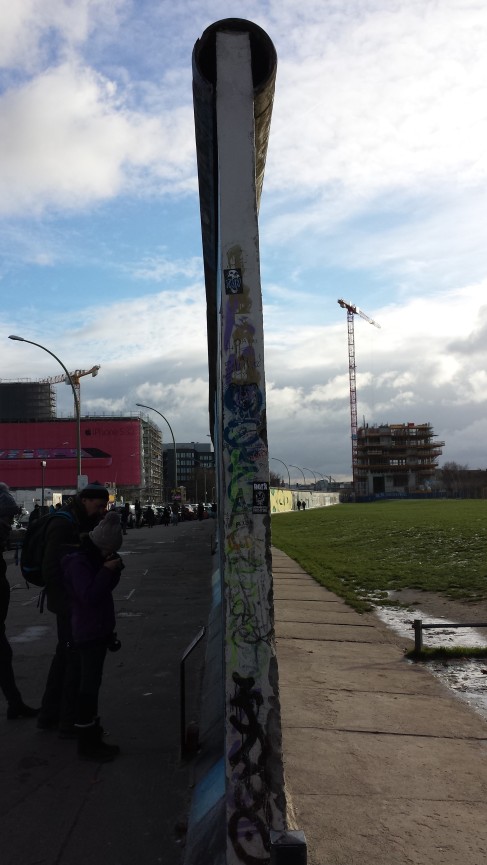 Here you can see the split between the “east” and the “west” side. 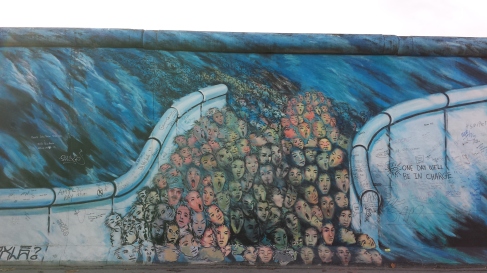 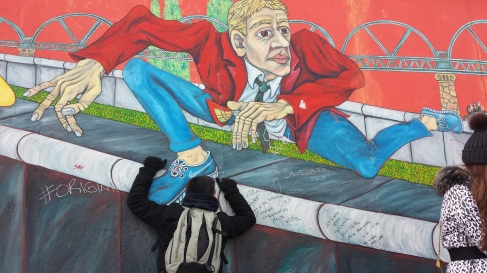 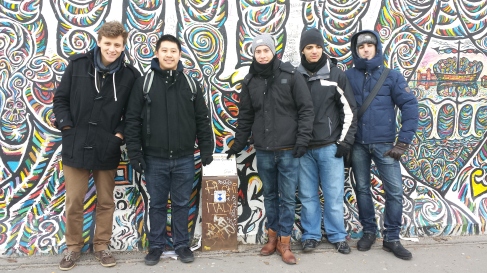 These are a few of the friends that experienced this adventure with me.  William is from France and is on the very left, Carlos is from Spain and he is in the very middle, Amine is the person beside Carlos and he is also from France, last but not least is Iacopo and he is from Italy.

For those of you who have been to Berlin, you would have noticed different traffic lights depending if you were on the east or west side of the city. 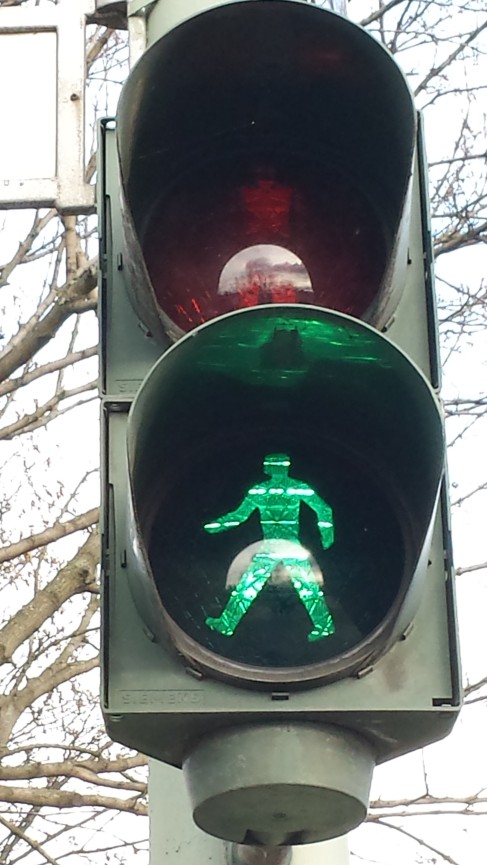 Sometimes you may see a few of these…. 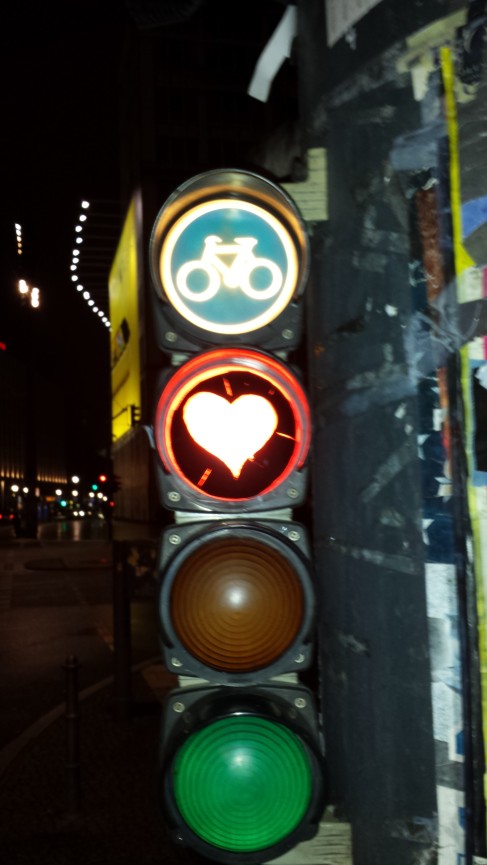 Next, we are off to “Checkpoint Charlie”. This was the best known international border crossing.  Berliners were not allowed to use it; it was only for foreigners and diplomats.  This was the only place during the entire Cold War where there was a direct confrontation between the US and the Soviets. 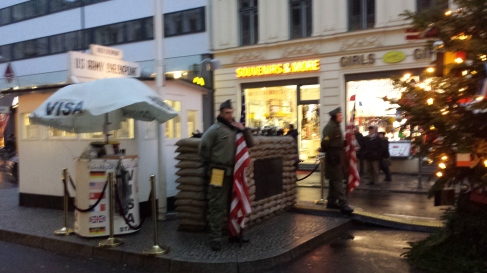 Reichstag was our next stop, this is one of their famous Berlin landmarks.  We were not able to take the tour of the building because we needed reservations 4 weeks ahead.  The scenery outside was nice but I wish I could have seen inside and walk all the way to the top.  The Reichstag is now the proud home of the German parliament.

The following day we visited the Pergamonmuseum where they showcase art, artifacts, sculpture, and architecture, some of the art was aged to be over 6000 years of age.  The museum was full of heritage but the one piece that stood out to me was the first a wooden stand from the Islamic Art Collection.  According to the museum, the first-ever Quran was laid on top of it. 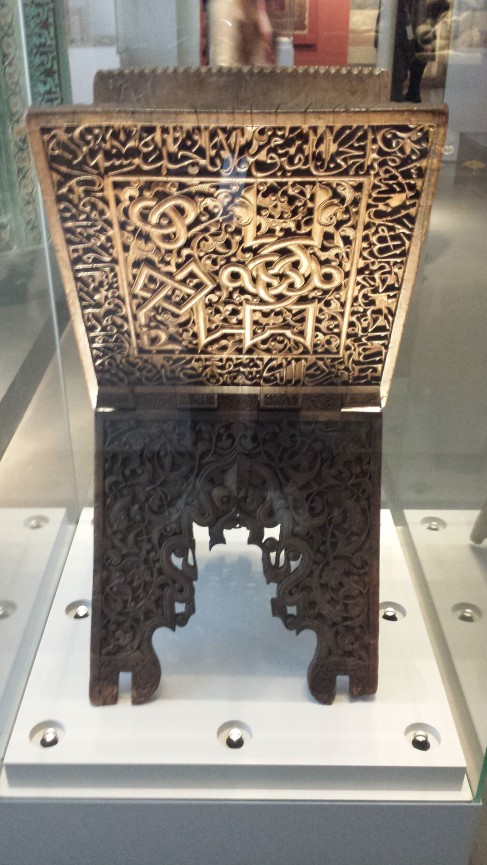 Later on in the day, we went to check out Altes Museum and Holocaust Memorial.

The last stop we made on our trip was to the Brandenburger Tor.  This divided the two sides during the Cold War.  Now this gate represents German’s reunification where they now host festivals, concerts, and New Year’s Eve parties.  A little history lesson is to be told here.  Prussian emperors, Napoleon, and Hitler have all marched through the gate.  US President Ronald Reagan once said, “Mr. Gorbachev, tear down this wall!” Two years later, the wall was history.

This is all for Berlin, please stay tuned in for my next adventures.