A group of us decided to take an adventure to travel to Munich and spend just the day for the 2013 Oktoberfest.  This adventure started on Friday to early Sunday morning which accumulated to 39 hours of non-sleep madness.  This was the most exciting 39 hours of my life and to top it off this was my first time in Munich and it was also my first time celebrating Oktoberfest. 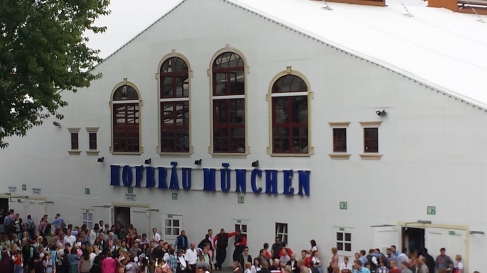 Hofbrauhaus is the biggest and most recommended tent for first timers and tourists to visit.  We were waiting in line from 6:30am till 9:15am to ensure we had a table for a group of 9.  The tent became fully very fast and doors were closed right before 10am and the remaining people had to wait.

These guys kept us entertained with their music and dances.

This was when we first entered the tent and got a table.  Beside me is a guy a met at Reutlingen University and he is Carlos from Barcelona Spain. 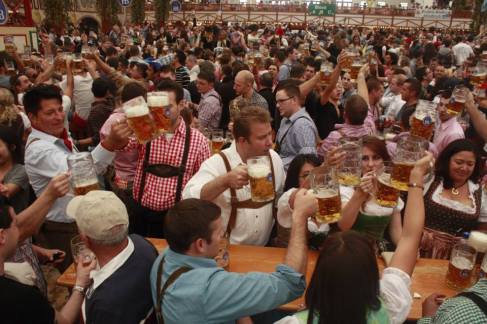 As you can see Hofbrauhaus is big and they can fit a lot of people inside, this is only half the tent. 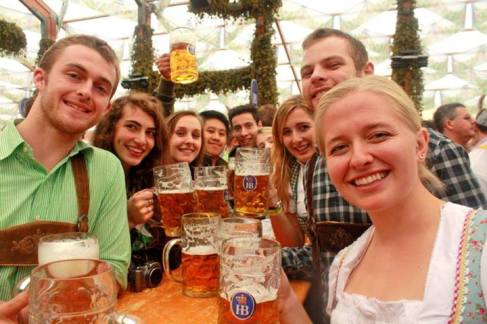 These are my friends from Reutlingen University and they are a few of the wonderful friends that I have met.  Starting from the left is Mason, Nicola, Madison, Eddy (myself) for those who does not know me, Carlos, Jessica, Sarah, Nick, and Alison.  Can you believe this was our first drink and it was only 9:30  in the morning?

My buddy Mason stood on top of our table and chugged his beer while everybody was cheering him on.  The thing about this challenge is that if one finishes the beer stein (1L of beer) in one chug attempt then they are applauded but if one does not finish the stein in one attempt they are booed off the table.  Fortunately Mason was one of the lucky ones.

Here we are cheering for our friend Mason while he was chugging down his stein of beer. 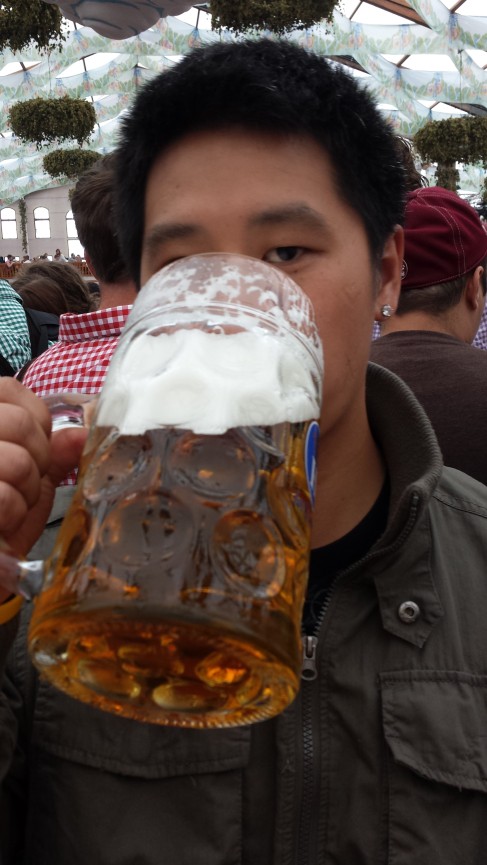 This was my first time drinking beer out of a cup as big as this one.  This stein contained 1L of beer and this was 9:30 in the morning. 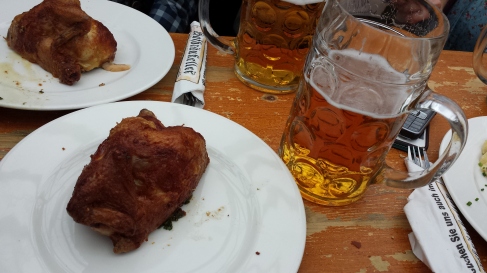 Chicken and beer!  What gets better than this?

This is where people went to sleep after drinking too much beer and this is why this area is called “Hangover Hill”. 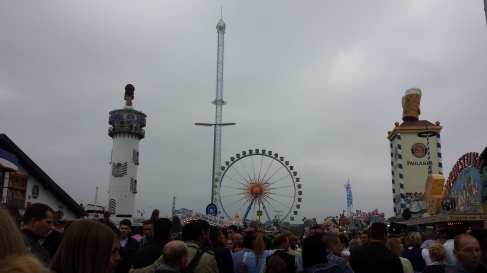 Outside the tents were rides, beer, food, and souvenir shops.  For those who knows what Canadian National Exhibition (CNE) is in Toronto, this is similar but a lot better in many different ways. First of all, Oktoberfest has beer tents for inside drinkers and beer stands for outside drinkers.  Second of all, there are a lot more things going on outside the tents such as rides, beers, and restaurants.  Lastly, the entire Oktoberfest is free (no admission fees) and that is why millions of tourist visits Oktoberfest in Munich each and every year. 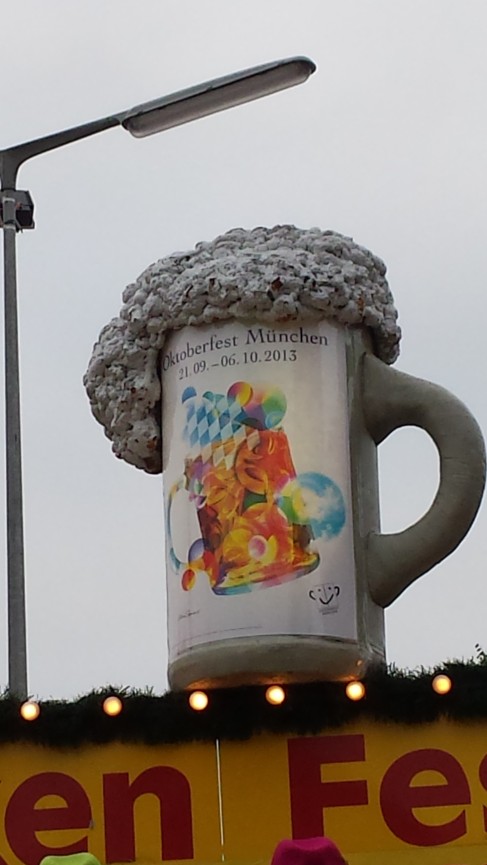 This was my Oktoberfest 2013 in Munich.  This festival is still going on till October 6 if anybody is interested for those back in Canada or for those studying in Europe.  For those who are studying within Europe, I only paid 33 euros for a round trip from Reutlingen to Munich (DB Bahn trains).  This was probably the best 33 euros I’ve ever spent.