First things first, I LOVE Europe. Thanks to Centennial College a group of 9 of us have gotten the chance to live, love and learn in Spain and we have been doing all three since the moment we arrived. I hope that in my time spent in Logrono, La Rioja I will be able to submerse myself into the Spanish culture and learn a new language 😀

At first I was nervous going to Spain as I do not know the language though since I have lived abroad in foreign countries I knew it was just a matter of time before I settled into Spain. Time flies here and after our second weekend here, the university and the people really make the area feel like home.

Our first big adventure other than groceries was to conquer a mountain that is behind our residence and we stare at it every day. This was a big adventure but an easier one than trying to communicate with the locals who speak no English at all.

Trying to find the beginning of the trail for this mountain failed but the walk was exciting because we found the stone bridge below.

In Spain during the day it is so hot so many people instead have siesta where they take a nap which means they are out late. When we saw this bridge we ‘followed the yellow brick road’ to find the old city of Logrono we didn’t even know existed! 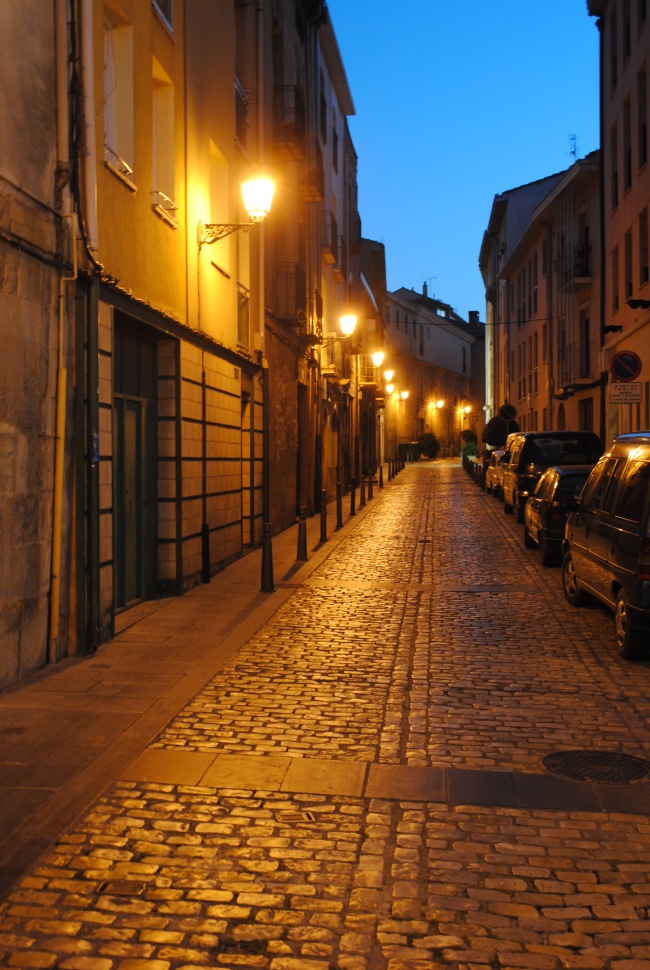 Don’t let the blue sky in the background fool you, it’s 10pm when this imagine was taken and the further into the old city we wandered the more people we saw and the more alive the city looked.

The adventure in Spain has only just begun!