Lunar New Year (or Spring Festival) is the most important holiday in China, like Christmas in Canada, it’s a time in a year for family reunion. It’s based on Chinese lunar calendar and usually in January and February; it’s February 10th this year. Chinese people will spend couple of weeks to get everything ready for the New Year. When lunar New Year is approaching, you can feel it coming all most everywhere: new-year’s decorations are sold in supermarkets, new-year’s songs are played in the background music in malls, red paper-cut decorations will be found on the windows of most restaurants,and kids are off school for winter vocations and play firecrackers. Here are some typical activities for lunar New Year in China:

On the day before lunar New Year, we paste couplets on the two sides of our front doors and “Fu” on doors for good luck for the next year,sometimes people paste door gods on doors to protect their house from ghosts. You can buy couplets in supermarkets, and if you are confident about your writing,you can write couplets yourself. Usually, we write in black or golden ink on red paper, and when New Year is approaching, you can find people writing couplets on the side of the streets and selling them. Also, you can find people selling red paper-cut, red lanterns and other decorations, and most of the decorations are red and golden for joy, luck and happiness.

Setting off firecrackers is a major calibration for the New Year, kids love it, adults love it, almost every Chinese loves it. It lasts for almost 20 days and is usually at noon. Chinese people believe that setting off firecrackers will scare off ghosts and keep bad luck away from the family. On new-year’s eve, we light firecrackers at noon, 6 pm and midnight. And on New Year, you can hear them popping off as early as 5 am! And everyone gets up early that day and visits neighbors and friends for happy New Year.

In northern China, we make dumplings the day before New Year and eat them on New-year’s eve and New-year’s day. It’s a tradition that all family members get together, make dumplings and eat together. And after dumplings, we usually have several plates of snacks so that we can watch the Spring Festival Show on TV and eat snacks. For many people who study and work outside their hometown, it’s a big moment to sit around the table with their family, have dinner, watch the show and count down for the New Year together.

In southern China, most families have hot pot on New-year’seve while watching the show.

New Year is a big time for family reunion, and for people who work or study in different cities, they have to travel back to their hometowns, and they will experience the biggest migration in the world. It is said that the annual Chinese New Year migration will last 40 days this year– from January 26 to March 6, and it’s estimated that around 225 million passengers will travel by train, On January 15, 300,000 tickets were sold hourly on China Rail Service’s official booking site and this was the day tickets for the peak travel days of February 6 and 7 were released.  Train tickets to some major cities sold out in 20 seconds on the rail system’s ticket website, which logged 17 million registered users and sold 2.65 million tickets on that single day. (Data from Beijing’sNational Development and Reform Commission).

It took me two days to wait in front of my laptop and refresh the website to get the train ticket back home, to most people, it’s not just a ticket, but a guarantee to finally going home. 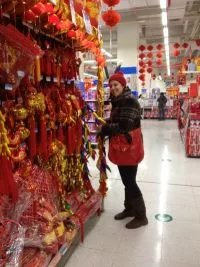 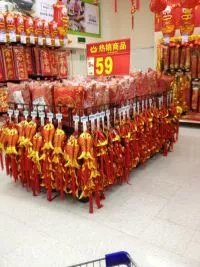 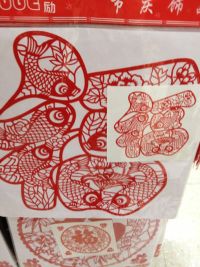