This past weekend might have been the best weekend I have had so far. I really don’t remember the last time I had as much fun as I did this long weekend.

A couple of my friends (I think 30 total) planned a trip to Budapest, Hungary…and when I say planned it was one of my good friends György who you may remember also accompanied me to the Nurburgring. He planned the whole thing to a T, and we just followed and boy am I glad we did.

Making arrangements for 5 people is hard enough, but to plan transportation, lodging, food and amusement for 4 days is hard work but luckily György is the man to do it. He loves doing it but on the trip he quietly told me it was stressful at times and I can totally understand that and I really want to thank him for all what he did and what he does for us.

We left on Friday, taking a train to Malmo, Sweden and then arrived to Budapest. We had arranged for a bus company to take us to a famous buffet restaurant in Buda(the city is divided into 2 areas), where we had excellent meal and I think the best since I have come to Europe for only $13. This included unlimited wine, beer, champagne, and freshly squeezed juices(this was my poison of choice). It’s called trófea and I highly recommend you check it out if your ever in this city.

After a that great meal, we caught a tram to Margaret Island where we could walk off our meals and sit in the shade around the trees that had already blossomed.

As the sung was setting, we caught another subway line to our hostel where some of stayed and some of us went on a night walk. They say if you haven’t seen Budapest at night, you haven’t seen the real Budapest and they were right. The city is so lively that even at 1 am there are more people on the streets then in 1 pm in Odense, Denmark. 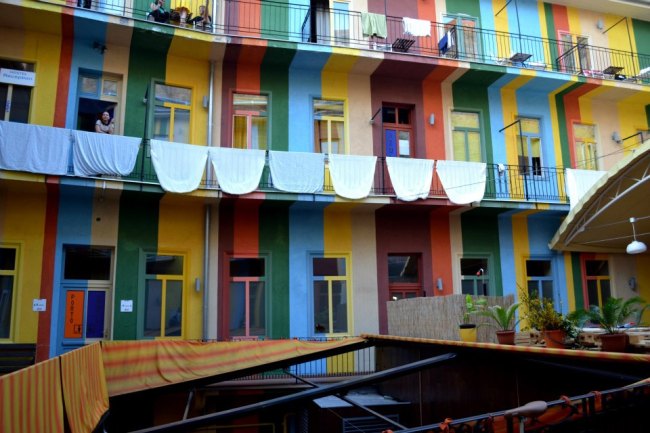 Picture of our Hostel.

Over the next few days we saw parliament building, castles, a huge church and the worlds best marketplace as rated by the CNN.

Market place that is measured at 10K M^2, many shops here mainly meat deli’s on the bottom and souvenir shops at the top. The prices in the souvenir shop magically drop when you speak Hungarian. 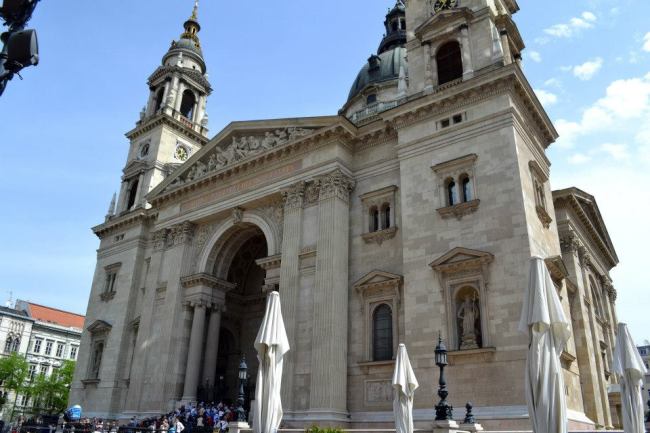 I think George was telling us that this is the largest church in eastern Europe.

Myself standing in front of the world’s most beautiful parliament building and 3rd largest in the world. 1000 people work here it’s like a small village inside with shops, hair salons, post offices and restaurants. We got a inside tour and I can say that the inside is even more beautiful then the outside, 100 kilograms of gold was used for some of the portions.

We also did archery.

Saw Hosok Square, a tribute to the Magyar Kings who defended Hungary from invasion for over 1000 years.

Basically where every you looked you would see something amazing in Budapest. The temperature was perfect, the people were nice and I was surround with friend. It really was a amazing trip. I can post the 1000 more pictures I took but I don’t want to bring this site down.

And here’s the person that made it happen. Thank you George!