One of the reasons I chose to come to Denmark is by statistics the Danes are one of the happiest people in the world. I wanted to come to see why they were so happy, I am a firm believer in “Do what makes you happy, and do it for the rest of your life” concept. I came here to see if I could take some of this happiness away with me. I asked one of my group members in a class who is Danish, why he believes the Danes are so happy. He said “I am a 46 year old man, with a wife and three small children. The reason why I am happy is because I went back to school which I am being paid for, I can still support my wife who works and children and not have to worry about making a abundance for putting my children through school if they wish to go” I basically have translated this to he can do what makes him happy and do it for the rest of his life.

I was at a shopping center the other day and I saw these children dressed up costumes hitting a barrel with a stick. The barrel contained candy, it was like a costume themed birthday party at a store also known as the Nordic Halloween. This special day is called Fastelavn in Danish and it happens 7 weeks before Easter Sunday. Traditionally, they use to have a black cat in the barrel and knock the cat out of the barrel with sticks to safeguard themselves against evil. The child who knocked the cat out was crowned “Queen of Cats” and the child who broke the entire barrel after the cat was removed was crowned “King of Cats”. Now however they use candy and this holiday is very much enjoyed by small children. 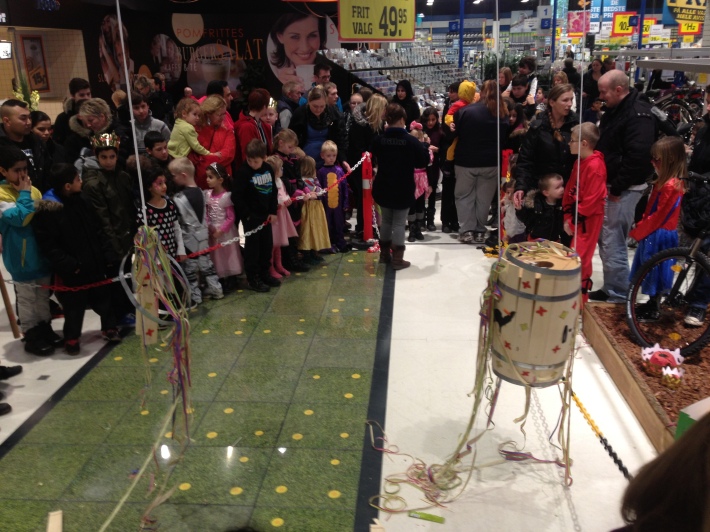 The other day I went with my Danish friend to purchase a used microwave because my apartment didn’t have one and I finally had to get one after tirelessly cooking fresh food everyday.  On the way to the sellers house, my friend gave me a tour of the city the out skirts and it was quite nice of him but I had to tell him to pull over when I saw this. 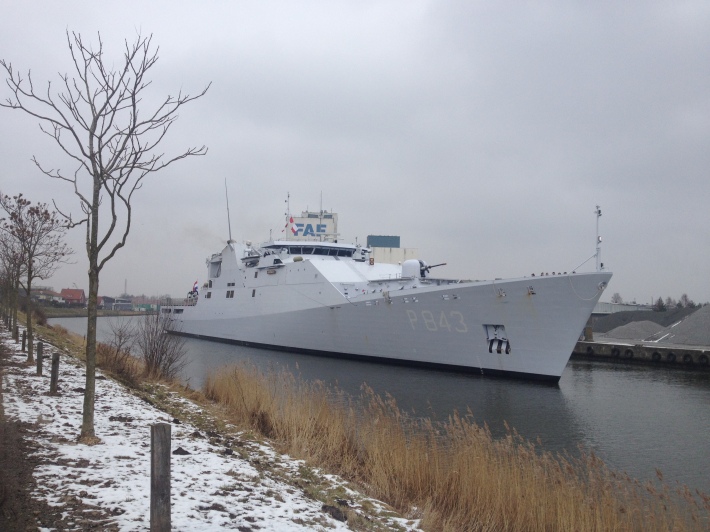 This is a Dutch(Royal Netherlands Navy) off-shore petrol vessel, I have never seen a operating armed ship before and the sight of those 76mm Rapid Cannons was scary but interesting at the same time. Odense has a rich history in ship building and my friend told me that every summer they have a weekend where ships like this come from all over Europe and even Russia.

Also here is a cool video about the University of Southern Denmark.

One thought on “Fastelavn and War Ships – Denmark”