Jongmyo Shrine is one of South Korea’s most treasured places. It was built in 1394 by King Taejo. The shrine was burned by Japanese invaders but was reconstructed. The shrine was built to honor the kings and queens of the Joseon Dynasty.  The architecture of the area has been kept modest and plain looking so that one is not distracted and can remain humble. I’ve been to a temple before but this was unlike anything I’ve ever seen before! Along with the shrine there is a pond and several adjoining houses. The pond looks like something out of a movie.The adjoining houses were quite interesting because it showed how Koreans remembered their ancestors by paying tribute and praying. Overall it was a great experience and I look forward to visiting more tourist attractions. 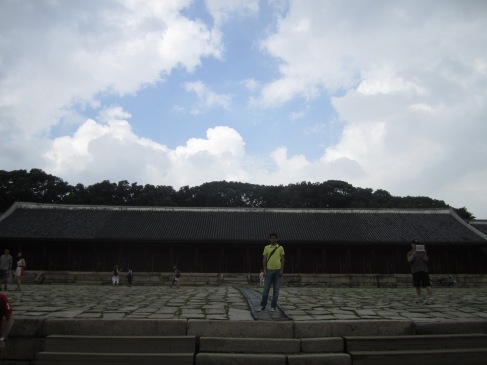